The exhibition on the Jeunesse Kids™ foundation has become one of the most highly anticipated features of the annual EXPO World Tour by Jeunesse Global. This philanthropic non-profit has substantially supported various initiatives at the local levels in each of the company’s geographical regions. These include the North America Region; Asia-Pacific & Africa Region; Europe & the Middle East Region; and Latin America & South America Region.

With planned stops in four international cities, the EXPO NEXT World 2019 Tour already successfully launched in Orlando, Florida on September 8, 2019. In pursuit of the company’s philanthropic mission, members of the Jeunesse Global family were instrumental in making considerable strides to impact the lives of the world’s children. Over the 4-day North American affair, company employees and distributors helped the charitable arm by graciously donating a total of more than $320,000 to the Kids Beating Cancer® Fund the Match Program.

This generous figure surpassed the established goal of $50,000 many times over and directly benefited the life-altering program for children in Florida. After recently stopping in Singapore, this year’s annual EXPO World Tour continues on with upcoming stops in Milan, Italy, and Rio de Janeiro, Brazil. Hopes are high that the success of Jeunesse Kids™ will continue with these remaining international stops.

EXPO10 did not mark the first year that Jeunesse Kids™ has teamed up with the Florida-based Kids Beating Cancer® organization in North America. At the 2018 EXPO9 Thrive Tour, also held at the company headquarters in Orlando, Florida, Jeunesse collaborated with this tremendous organization responsible for bringing life-saving treatments and transplants to children who have been diagnosed with cancer.

At that event, records were broken as the audience members made astounding donations to Kids Beating Cancer, totaling more than $211,000. At the time, this marked the highest amount of donations ever raised at a North American event for a Jeunesse Kids™ initiative. Among the other global cities on the 2018 THRIVE Tour were Bangkok, Thailand (Asia-Pacific & Africa Region); Rome, Italy (Europe & Middle East Region); and Rio de Janeiro, Brazil (Latin America & South America Region). Each site demonstrated its ongoing support of the company’s philanthropic endeavors.

In Bangkok, $45,000 was raised and awarded to the Community Children Foundation (CCF), an organization responsible for establishing developmental projects for children at 10 of Thailand’s schools throughout eight of its provinces.

In Rome, Jeunesse Kids™ partnered with the Andrea Bocelli Foundation (ABF), an organization who successfully led rebuilding efforts of a primary school in Italy that had been destroyed by a recent earthquake. Company distributors and other attendees raised and delivered more than $30,000 to ABF to support the initiative. 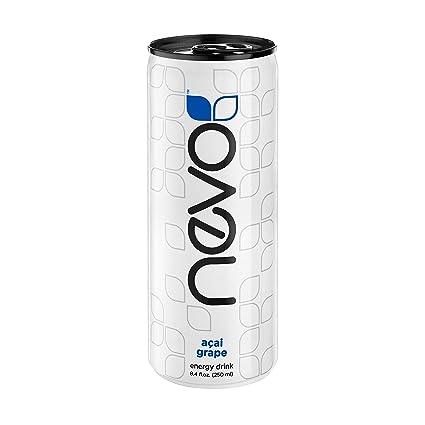 In Rio de Janeiro, the foundation partnered with the AACD Hospital in the home country of Brazil. An amazing donation figure totaling more than R$500,000 was raised and delivered to the medical facility. The Nevo™ Açaí Grape, the Jeunesse Kids’ edition of the popular product, debuted at the EXP09 event. Sales of the item were plentiful, and 100% of those profits went directly to support the AACD Hospital in Brazil.

Created in the Hearts of the Founders

The initial goal of Jeunesse Global was to empower people everywhere and help humanity by making others look and feel more alive. The married visionaries, Randy Ray and Wendy Lewis, were responsible for bringing this mission to life in 2009. They have been incredibly successful over the past decade in developing and distributing high-quality health and wellness products to six continents.

Their aim has always been to introduce people to the top products available, regardless of their background, culture or economic status. Furthering their inner desires to have a greater impact, the couple founded the philanthropic extension of the company, Jeunesse Kids®. This humanitarian non-profit organization supports local-level programs across the entire world through the support of numerous sustainable projects.

They have been successful in bringing impactful and meaningful charity to countless children worldwide who have been a victim of extreme poverty. These underprivileged youth frequently have little access, if any, to quality drinking water, healthcare, educational resources, or basic opportunities for having a brighter future.

Ray and Wendy realized that the vicious cycle of hopelessness and destitution would continue on without giving these youth a hand up in order to give them and their families a way out. To carry out their heartfelt mission, Jeunesse Kids™ was established and has been responsible for helping numerous children everywhere realize, reach and surpass their goals and potentials.

A Commitment to Kids

Jeunesse Kids™ has partnered frequently with local leaders and organizations, such as the WE Charity, to bring about the much-needed change. Together, they have been instrumental in helping to create flourishing, stable global communities while empowering less fortunate citizens with the proper dignity to adequately support their families and themselves.

They have adopted several villages spanning the world’s nations, including Ecuador, China, India, Kenya, and many others. They have provided long-lasting, sustainable solutions to numerous developmental issues, including funding rehabilitation services for disabled youth, supporting programs to increase food security and providing economic opportunities.

In August 2019, Jeunesse Kids™ donated approximately $33,000 to the Seminole Public School’s Foundation. This money raised at the supply drive allows the foundation to purchase necessary and much-needed school supplies they will distribute to students for the upcoming school year. Students were appreciative and eager to start using these learning tools.

In August 2019, Jeunesse Kids™ donated supplies and funds to a preschool in Vanuatu, a South Pacific island nation. Volunteers traveled to hand-deliver some of the supplies to overjoyed students who warmly welcomed the Jeunesse Kids™ team members.

Held during the summer months of 2019, “Bringing Hope to Kenya” was what many participants described as a “life-changing” event. Jeunesse Kids™ volunteers received a first-hand, eye-opening look into the lives of Kenyan women, referred to as “Mamas”. These women walk one mile each day to collect usable water from a river and then start the journey back to their homes carrying barrels which weigh upwards of 50 pounds. These women then repeat this journey several more times per day.

Participants of this “Mamas Walk” commented on how they gained a deep appreciation for the availability of clean water. The event also demonstrated the importance of the foundation’s emphasis on making clean water available and accessible in all of their adopted villages. Since 2018, an ongoing successful initiative included the sale of Rafiki bracelet, with proceeds going directly to Jeunesse Kids™ to help support several of their life-changing initiatives across the world. The Rafiki bracelets are handmade beaded jewelry crafted by women in Kenya and Ecuador. Sales directly empower these women, helping to free them and their children from poverty.

Improving and Saving the Lives of the World’s Children

Established with the main objective goal of saving and improving the lives of youth on every continent, the Jeunesse Kids™ foundation has been pioneering several projects globally to help humanity. The founders of Jeunesse Global started the charity to follow their heartfelt desire to provide sustainable solutions to underprivileged children. The organization continues to work towards their initial mission by providing kids with basic shelter, food, clean water, educational resources, and medical care to give them a more promising future.

When distributors, employees, and others continue donating generous amounts, such as the totals raised at the 2019 EXPO NEXT stop in Orlando, Florida, Jeunesse Kids™ will continue to serve as a philanthropic force. All eyes are on the EXPO10 upcoming event in Milan, Italy, where the charity hopes to raise and deliver funds to the chosen local Italian initiative. The foundation will continue to push full forward and support local programs throughout its four corporate regions to give children everywhere the best opportunities for ensuring their tomorrows are brighter.

The Challenges Facing the Aviation Industry in India

Schiff Claims NSA And The CIA Have Documents He Needs

Russia Hacked Burisma To Help The Trumpster Get Reelected

Apple Is Doing Better in China